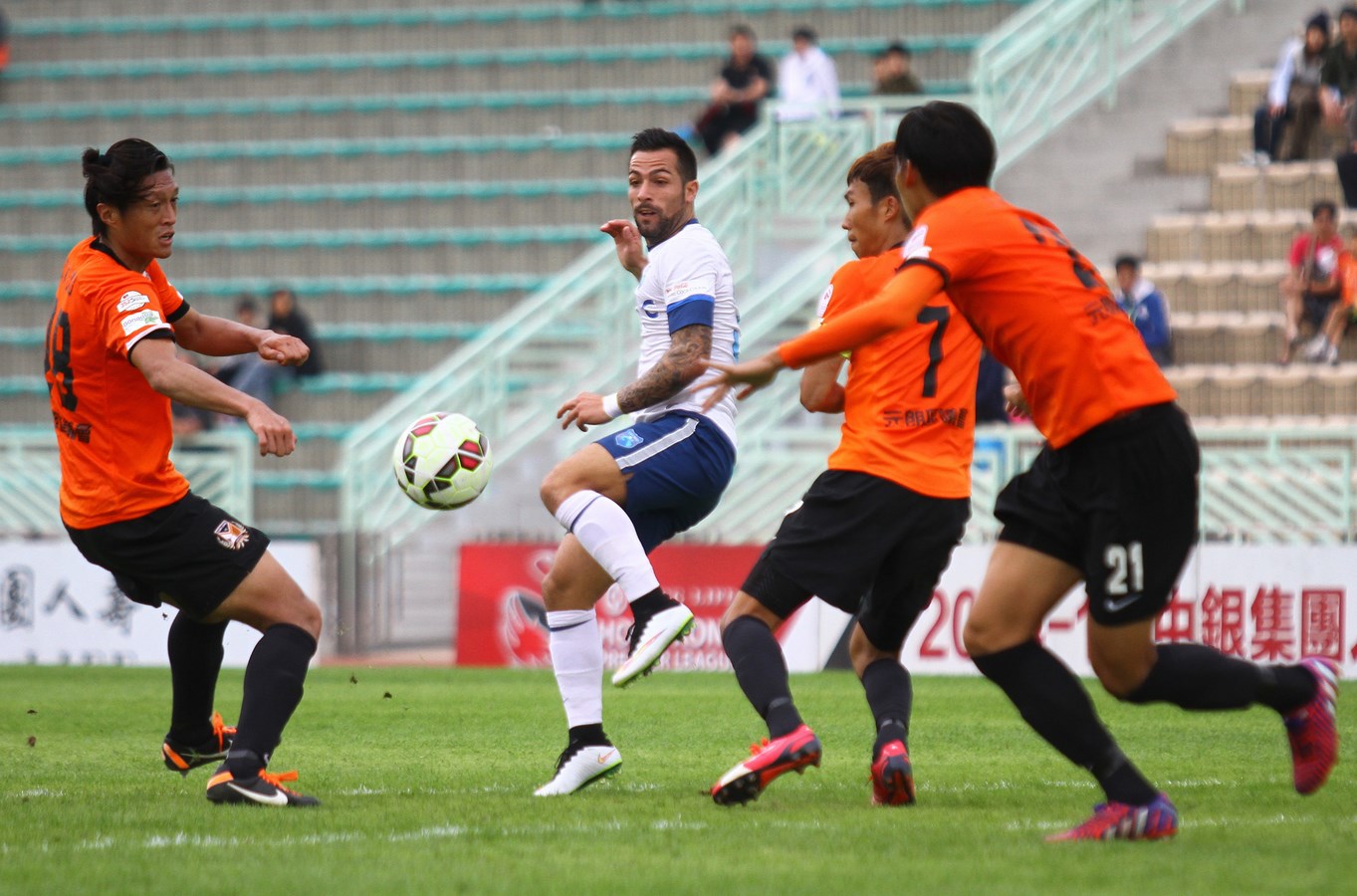 The Hong Kong Premier League has come to its final stage and each game can become an important factor – both for championship and relegation. While Kitchee, Eastern and South China have all realistic chances for the title, there is also a strong fight in the mid-field between teams such as YFCMD, Yuen Long and BC Rangers. Match reports of the 13th week by Jeff Hardbattle and Tobias Zuser.

YFCMD were brought back down to earth after their FA Cup heroics against Sun Pegasus, as they were beaten 3-1 by Yuen Long. With no goals in the first half, it was winter signing Reinaldo Pires who opened the scoring for the home side, after storming through the YFCMD defence and tidily stroking the ball past goalkeeper Chiu Yu Ming. YFCMD struck back 5 minutes later, but not without a little bit of fortune. Hui Ka Lok picked up a loose ball in the area, and his shot took a wicked deflection off defender Mijanovic to level the scores. Yuen Long, however, were in no mood to back down, and their lead was restored five minutes later. So Loi Keung’s initial shot was parried away, but the ball fell kindly to Yuen Lap Cheung who duly slotted home. Three minutes later, the points were sealed for the oranges when So Loi Keung found Wellingsson de Souza in the box from a free kick. The striker was allowed too much time on the ball, and his shot found it’s way into the net. The result leaves YFCMD in 5th, now followed by Yuen Long who leapfrog Rangers into 6th. (Jeff Hardbattle)

Although the result might appear more clear-cut as it actually was, South China celebrated a relatively easy win against Wong Tai Sin on their home turf, prolonging their recent series of victories in the Premier League and the AFC Cup. However, the game could have turned for either side in the first half. In fact, it took a penalty in the 34th minute, with Chan Siu-ki opening the scoresheet for the Caroliners. After the half time break, Mario Gomez, and his new assistant coach Ricardo Rambo (previous head coach of Sun Pegasus), decided to bring in Australian-Greek striker Evan Kostopoulos, who also benefitted from the absence of Daniel McBreen. With support from Awal, who again gave a convincing performance on the right side, Kostopoulos scored both the second (55’) and fourth goal (89’) of the evening, only intermitted by an own goal in the 70th minute. But at this time,Wong Tai Sin District has already accepted its fate. (Tobias Zuser)

It was only a curious goal in the 3rd minute by Brazilian striker Da Silva that might have put the final nail into the coffin for Tai Po. While the ‘Greens’ from the New Territories have earned some respect for their hard-working defense, which was also responsible for the amazing goalless draw in South China’s Hong Kong stadium a few weeks back, it’s the lack of effective strikers that has put the team into its current misery. Eastern once again dominated most of the game, but while Tai Po did its best to avoid another goal, it was not enough to take at least one point away. Eastern is now on the 2nd place of the league table, one point behind Kitchee. Tai Po, on the other hand, still resides at the very bottom. While the difference to Wong Tai Sin is only 3 points, the latter still have two games in hand. It will be a very hard task for Tai Po to fight off relegation in the following weeks. (Tobias Zuser)

Kitchee remains on top of the table
Kitchee 2:1 Sun Pegasus

After more than 95 minutes of a fierce battle, Kitchee came out on top in the most recent Mong Kok derby against Sun Pegasus. While both teams usually share the same home stadium, this week’s game was hosted by the Blues. With a crowd of 1,849 fans, it was also the best attended Premier League game of this round. A penalty by Jorge Tarres put Kitchee into an early lead in the 16th minute. 20 minutes later Sun Pegasus’ Romanian forward  Petrisor Voinea had the chance for an equalizer, but his header turned out to be too harmless. It only took around 10 minutes into the second half, before Matthew Lam headed the ball into the net, making it a comfortable 2:0 lead for Kitchee. However, the reaction of the guests came quickly: Only four minutes later Bosnian player Admir Raščić brought Sun Pegasus back into the game – and laid the basis for an exciting 30 minutes showdown. In the end, none of the teams was able to score another goal and Kitchee celebrated an important victory, which keeps them on the top of the Hong Kong Premier League – at least for another week. (Tobias Zuser)