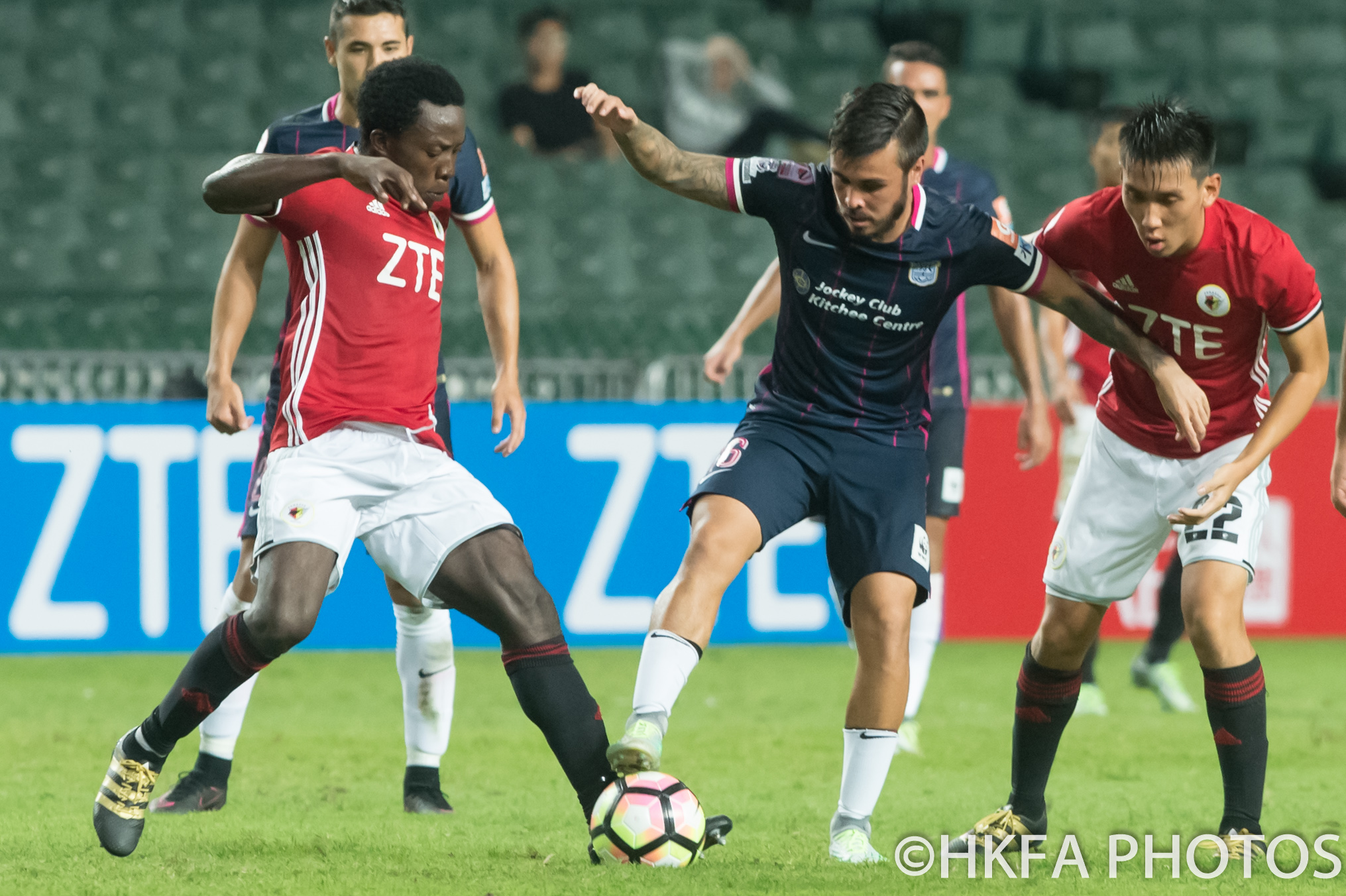 Kitchee overcame Pegasus 3-1 in a game largely dominated by the seven-time champions, while Brazilian-born forward Sandro picked up his third goal in three games.

Kitchee applied the pressure on Pegasus early on and were a constant threat down the flanks with Fernando and Lam Zhi-Gin on the wings. The Bluewaves first looked like breaking through a shaky Pegasus defense when former Bundesliga player Lam chipped the ball over to Jared Lum who got past Naumovski from a difficult angle, but his attempt was cleared off the line by Brazilian centre back Eduardo Praes.

However, the Pegasus defense didn’t seem to improve after their first scare and Wu Chun Ming was at fault for giving away a sloppy free kick down by the corner flag. The angle didn’t faze Fernando, however, who managed to float the ball over the keeper and into the net in either a brilliantly guided shot or a lucky cross. Either way, a great goal that finally broke the deadlock in the 14th minute.

Sandro was eventually the mastermind for the second Kitchee goal in the 22nd minute. The silky Brazilian placed the ball through to Daniel Cancela who managed to toe poke the ball towards the Macedonian keeper and Pegasus captain Kristijan Naumovski, who was unable to get a touch on the ball as it slid into the net under his legs.

Joao Emir managed to grab a goal in the 41st minute to bring Pegasus back into the game. A free kick by Emir was blocked by the hands of fellow Brazilian Fernando, which lead to the referee awarding the home side with a penalty. Emir sent Wang Zhenpeng the wrong way, and at half time Pegasus trailed Kitchee by 2-1, cutting the defecit in half.

There were a couple of times in the second half when both teams were a presence in front of goal but none of them managed to make use of their chances until the 51st minute, when Cancela returned the favour and assisted Sandro for his third goal in as many games by drilling the ball across the box where Sandro found no trouble in guiding the ball in. With 3-1 being the final score, Kitchee secured another three points to put them three points ahead of 2nd placed Eastern, who have still 1 game in hand.

Pegasus will be looking for revenge over the league leaders on Friday the 28th when both teams meet again in Mong Kok Stadium for the quarter-final of the Senior Shield.