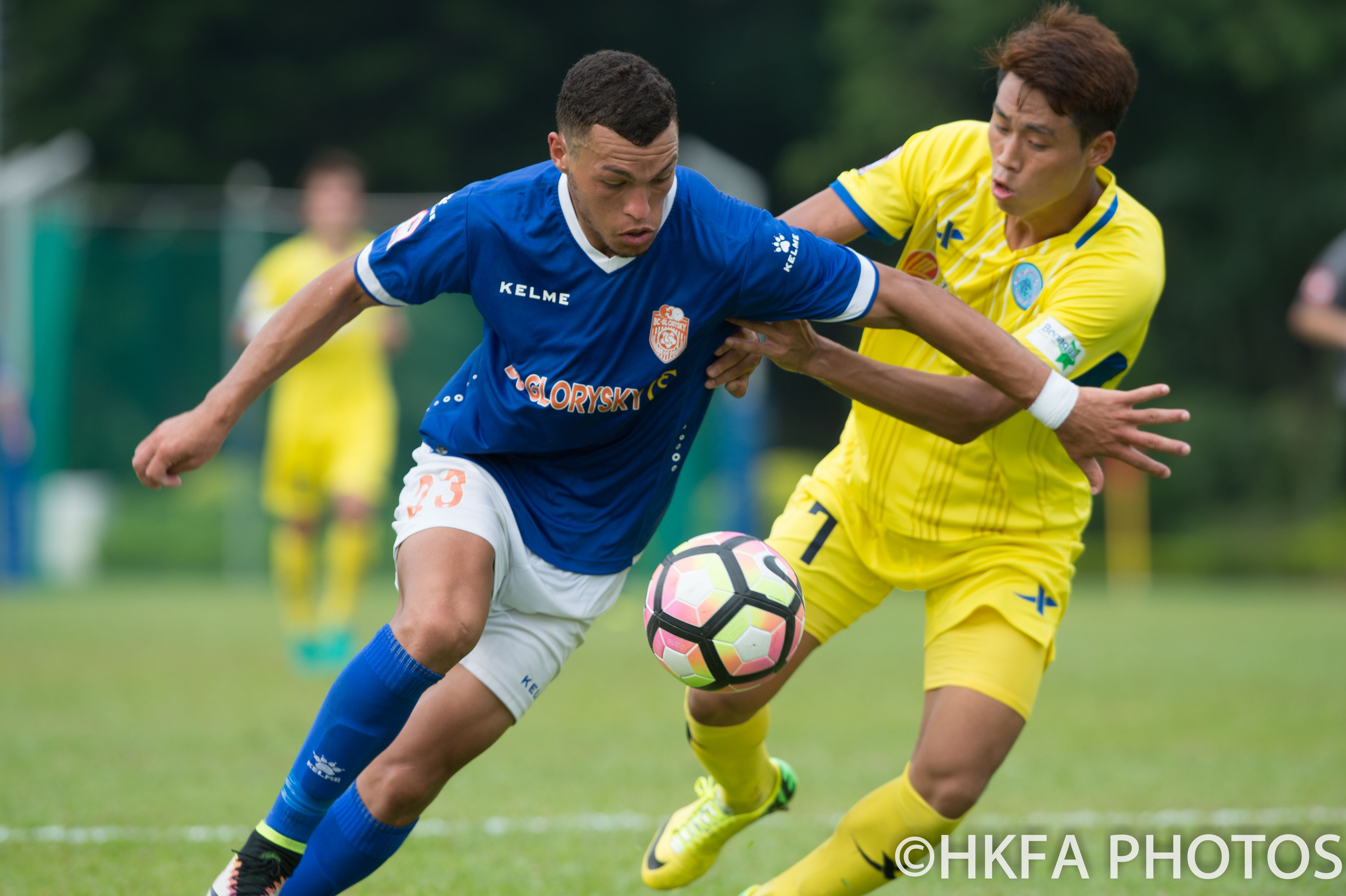 Despite the relatively low league positioning of Sapling (also known as Biu Chun Glory Sky) and Rangers, entertaining football was not lacking in this Hong Kong Premier League, with both sharing the spoils in a four-goal thriller at Hammer Hill Road Sports Ground.

With the support of the home crowd behind them, Sapling provided the early pressure and broke the deadlock after just nine minutes, when Brazilian Everton Camargo rounded off an excellent move by the home side by striking past Chiu Yu Ming from the edge of the box. However, the concession of this goal served to spring the visitors into life, and they proceeded to dominate the remainder of the first half. Just minutes after the goal, a free-kick from Ip Chung Long was met by Cheung Kin Fung who saw his effort sail just wide of the post, before Jordi Tarres drew a great save from Sapling goalkeeper Siu Leong. Still intent on levelling matters, the pressure continued, some trickery in the box by Wong Tsz Ho was denied by a last-ditch interception, before centre back Fernando Recio saw a good chance go begging after losing his footing and sending a shot sailing over the bar. Just before the half-time break, Sapling managed to re-affirm some authority on matters, Liu Pui Fung beating two men before seeing his shot saved, while Everton Camargo also came close, latching on to a through ball before firing his shot straight at the visiting goalkeeper. Despite this end to end action, no more goals were produced, and the two sides went in at the break with the score at 1-0.

The second half began much in the same vein as the first, with Sapling firing a blow to the visitors. It came earlier this time, the home side doubling their lead before most spectators had even managed to take their seats courtesy of a powerful header from Vasudeva Das Lilley Nunez from a corner kick. Rangers were forced to play catch-up, and proceeded to dominate matters once again. Their best chance initially coming from Brazilian Clayton who was unlucky to fail to get on the end of a cross with the goal at his mercy. For a while it looked as though this wasn’t to be Rangers’ day, as they failed to make their pressure count. However, this goal drought was finally ended courtesy of  Jordi Tarres, the captain rising up to meet a cross from Tse Long Hin before sending a looping header into the back of the Sapling net. With a goal back and confidence high, Rangers pressed further and it began to look increasingly likely that the Sapling backline would fail to weather the storm. However, just as their comeback looked almost inevitable, their task was made even more difficult after an altercation between Clayton and Vasudeva Nunez, which saw the Sapling defender stretchered off, and the Rangers men given his marching orders. Undeterred by this numerical disadvantage, Rangers continued to fight, and their persistence eventually paid off, courtesy of a moment of magic from, you guessed it, Jordi Tarres. Reacting to a hopeful punt forward, the Spaniard allowed the ball to beat him before rifling a shot on the bounce just below the reach of Siu Leong in the Sapling goal. That was to be the last real chance for either side, and the Rangers fightback was complete. Rangers manager Fung Hoi Man will have been pleased with the spirit his side showed in gaining a result from the clutches of defeat, while for Sapling, this will certainly go down as two points lost.

MAN OF THE MATCH: Jordi Tarres