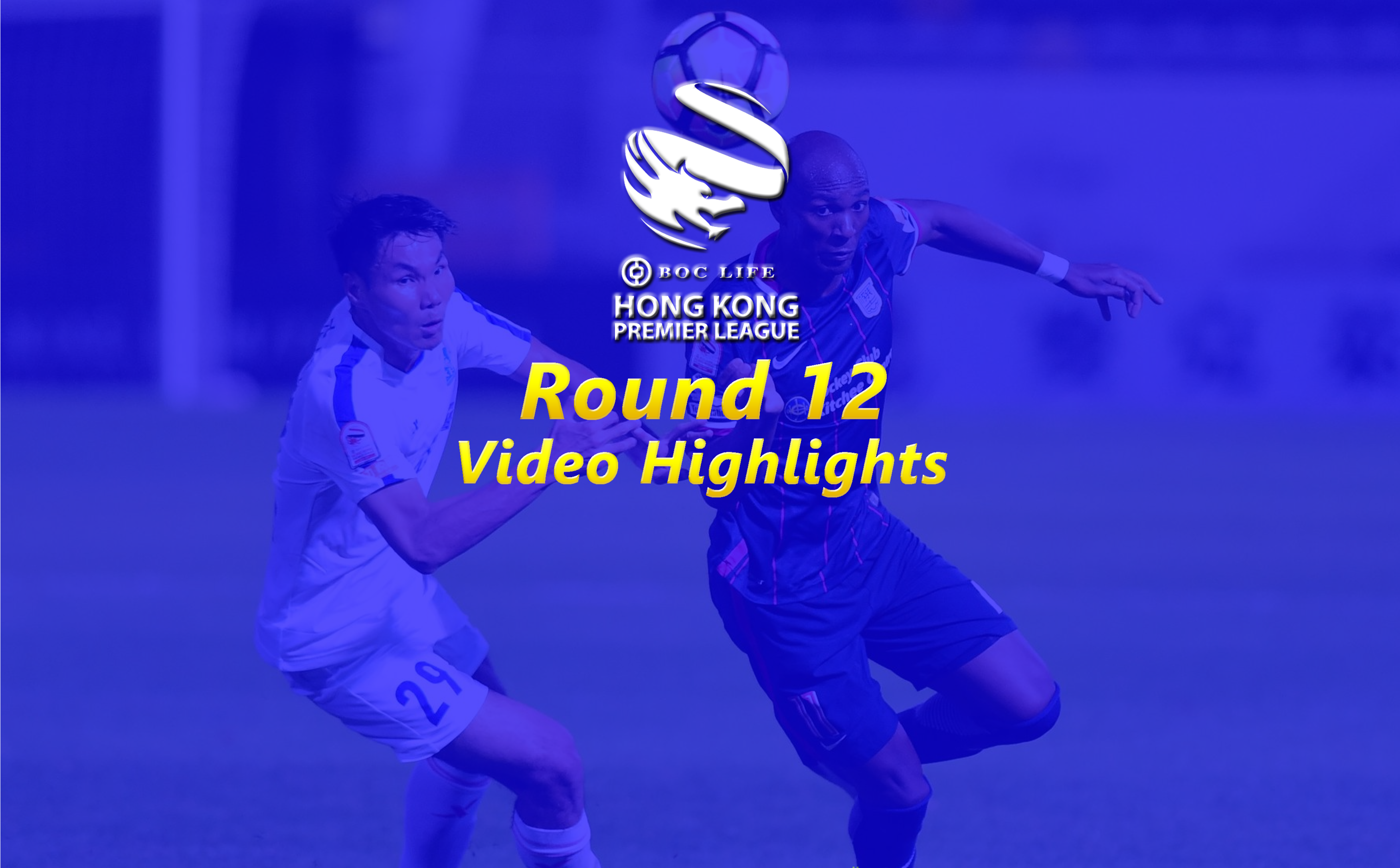 Check out all the action from the Hong Kong Premier League 2016/17 Round 12 in the video below (all rights owned by on.cc).

Round 12 kicked off with a 1:0 win for Southern over South China to effectively put the Caroliners out of the title race. The only goal of the game came from a Diego Garrido header two minutes before half time to send his side up to sixth in the league, while the away side slip to fourth.
Defending champions Eastern made light work of relegation favourites Hong Kong FC, as Chan Yuen Ting’s side romped to a 7:0 victory in Saturday’s evening fixture. Giovane Da Silva began the rout with an excellent close range finish after just three minutes, before a Bleda Rodriguez strike doubled his team’s advantage. Second half goals from Tse Man Wing, two from Lee Hong Lim, Diego Moreira and another from Bleda Rodriguez means that Hong Kong FC remain firmly rooted to the foot of the table, while the Blues remain a point behind Kitchee at the top, but having played a game less. Bleda Rodriguez has now scored eleven goals in ten matches.
Tai Po kept up their excellent return season in the Premier League as they overcame Rangers by 3:0. Wong Wai grabbed his first league goal of the season from close range, and headers from Itaparica and Luis Eduardo sealed the Green’s fifth win of the campaign. They sit in fifth and still very much in contention for a end-of-season playoff spot, while Rangers remain in eighth.
Sapling had a two goal lead overturned as they slipped to a 3:2 defeat to high-fliers Yuen Long. The home side’s star player Everton Camargo scored a brace from a fantastic free kick and a cool finish in the box either side of half time, but the Tangerine’s fightback began after Serbian midfielder Aleksandar Randelovic headed home from a Ngan Lok Fung cross. Chan Hin Kwong then leveled the score, slotting home from a loose ball after goalkeeper Shliakotin’s initial save, and Randelovic sent his side up to third in the league with a wonderful curling strike from just outside of the 18 yard box. Sapling remain just two points above the drop spot.
Kitchee remain top of the league after a convincing 5:0 win over R&F in the weekend’s final match. Striker Sandro neeed just five minutes to get on the score sheet after guiding the ball home from a Fernando cross, before Matthew Lam scored arguably the goal of the weekend with a spectacular long range effort. Fernando then turned from provider to finisher after he connected to a cross from a free kick into the box, and further goals from Alex Akande and another for Sandro keep thee home side on course for an eighth league title. R&F stay in ninth but are not out of trouble yet, being just three points clear of danger.